So, want a quick way of making any food awesome?

Come on…which would you rather have?

In a previous post, I showed you how to make vanilla bean ice cream and english custard caramelised pear phyllo cups (which were beyond awesome!) but I had loads of cups left over so I thought, why not find other ways to use them? 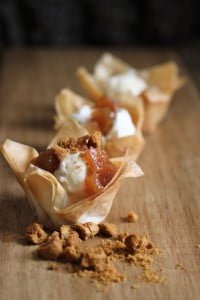 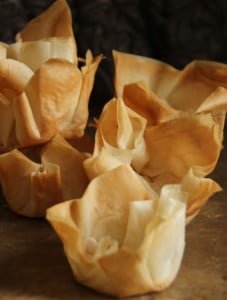 I remembered dusting off my cupcake stand (because, really, who is ever going to get their money’s worth out of that one??).  I used the stand once to hold Parmesan  (or frico) cups which were used to hold mini caesar salads, so why not use it for something else sweet? 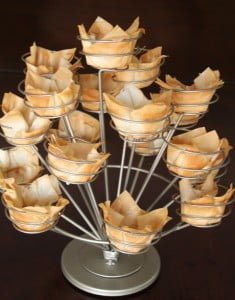 I mean, doesn’t this look so sweet?  So, why not use it for a party?  Put it on your dessert buffet and serve it with macerated berries (fancy word for berries marinated in sugar until the juices run out) and custard…you know, a kind of “make-your-own” dessert bar? 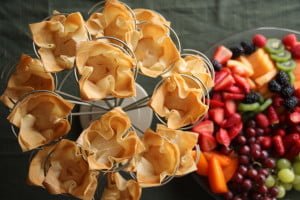 Or how about a breakfast buffet?  Put out some cut up fresh fruit, yogurt and granola and everyone can make their own breakfast parfaits (with an edible cup!!). 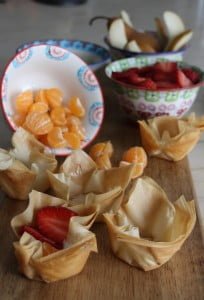 So, next time you have a get together, whip up a batch of these.  You will have made a cute centrepiece/conversation starter as well as cut down on your clean up.

I mean, they are edible plates, aren’t they??