Guess what?  It’s local food week here in Ontario and I’m getting this post in just as the week is coming to a close!

I was in Iceland last week and they are truly the masters of foraging and eating local (partly because they are quite a distance from things like mangos and pineapples) but also because their climate has historically made them think outside of the box in terms of figuring out what they can eat – and they’ve never lost that love of “making due with what we have”!

It made me think about how lucky we are to have so many fruits and vegetables available to us…yes, it might not be a long growing season, but at least we have one!

A few weeks back, the lovely Steven Hellman of the fantastic Foodies on Foot took a few of us on an exciting adventure called The Asparabus.  We traveled to Norfolk County – asparagus capital of the world – and ate all things asparagus (among other things!!). 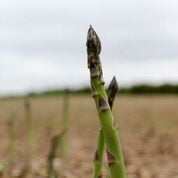 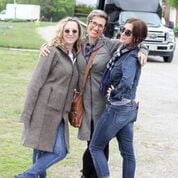 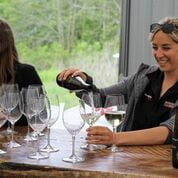 But, not before we all took part in a Chef Challenge to make a dish with asparagus and a bunch of other ingredients they had pulled together!  Here are some pics of the winner… 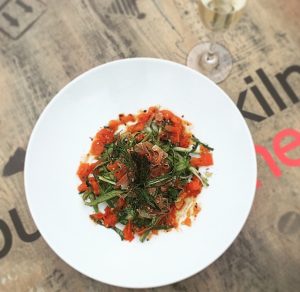 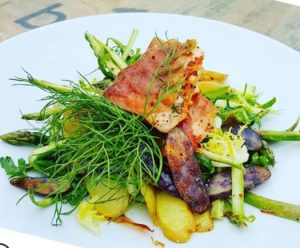 Our dish (a blue cheese and asparagus stuffed arancini won second place!!)…we had a hoot as you can see… 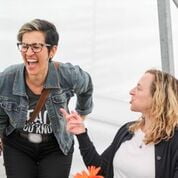 But before I give you a few suggestions on what to do with our amazing Ontario asparagus, let me give you some info straight from the masters of all things Ontario Food…Foodland Ontario:

“Asparagus is a source of Vitamin C and Vitamin A, and an excellent source of folacin. One-half cup of cooked asparagus contains 24 calories.

For centuries, asparagus was considered a luxury and praised for its distinctive flavour by such famous figures as Julius Caesar, Louis XIV, and Thomas Jefferson.

Despite this, no one is quite sure where it originated, although some believe it derived from a wild plant that grew thousands of years ago in sandy soil across northern Europe and in Britain.

Look for straight, crisp spears with green or purple tips with tight heads. It’s freshness, not size, that’s important. One pound (500 g) makes from two to four servings, depending on use.

Although best eaten fresh, asparagus can be refrigerated for two or three days. Wrap stem ends in damp paper towels, then cover entire bunch with plastic wrap. Or stand straight up in a jug of water.Prepare the asparagus as you would for cooking, then blanch. Group the stalks in small bundles. Bring large pot of water to boil. Drop the asparagus bundles into boiling water. After the water returns to boil, boil for one minute. Quickly lift out the stalks and immerse them into cold water. Leave for two minutes. Drain well, pat dry and package the asparagus in freezer bags. Seal and date package. Freeze immediately. Asparagus may be stored one year at -18 deg.C.”

I made these cute potato stacks for an Easter segment I did on the Marilyn Denis Show  …they are a great side dish but are even prettier with a crown of steamed asparagus served alongside it! 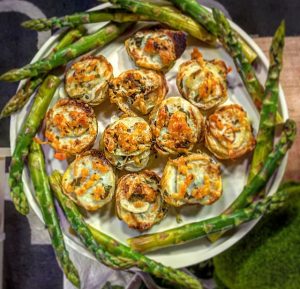 Or how about some simple asparagus spears served with some basmati rice and Orange Thai Chili glazed scallops as an appetizer? 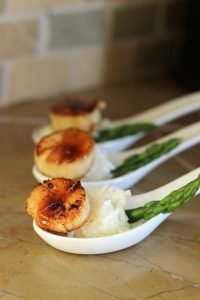 And, summer just wouldn’t be summer without some awesome grilled pizza!! Adding some local asparagus just brings it to a whole different level!! You can read all about having and epic pizza party here and in this post, I give you a quick homemade dough option if you’re working all day in the garden and don’t have time for the traditional recipes! 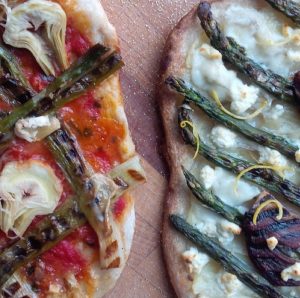 Here is a great recipe for bacon and phyllo wrapped asparagus cigars…such a cute grab and go appetizer for your guests!! 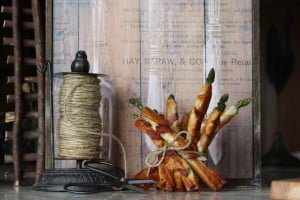 And when it’s served. simply steamed, as a side for some spicy cabbage, roasted cremini mushrooms and grilled Ontario pork tenderloin, everyone will fight over it!! 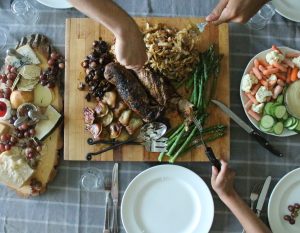 So now that you have everything you need to whip up some amazing local asparagus grub, what are you waiting for?? 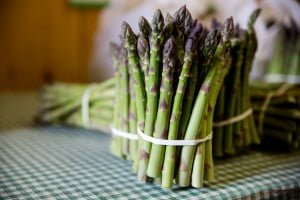