It’s a delicate thing and a pretty powerful thing – all at the same time.

In Greek, “nostalgia” means “the pain from an old wound”… it’s a feeling in your heart that is far more powerful than a memory alone.  It’s a place in our minds that we almost always achingly want to revisit.

That’s exactly how I feel about baking…especially when I bake old-fashioned treats that  remind me of my heritage.

Back in November, I was invited to bake with the aunt of a good friend of mine.  Their Italian heritage is different than mine because they are Sicilian (the southern most tip of Italy) and my family roots are more central. For those of you that aren’t familiar with Italy and it’s diversity, especially when it comes to language and food,  the country differs quite a bit  from one end to the other.

So, when I was asked if I wanted to learn how to make Cuccidati, a Sicilian specialty often made at Christmas, my nostalgic heart lit up and I jumped at the opportunity! 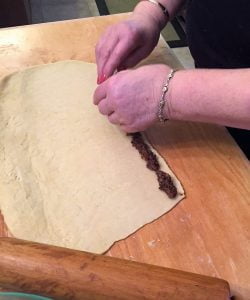 Cuccidati are cookies that are filled with a mixture of figs and nuts and a bunch of other glorious things.  The filling is made in advance (and often left to “marinate” for a few days) and most recipes that I’ve seen make quite a few cookies. 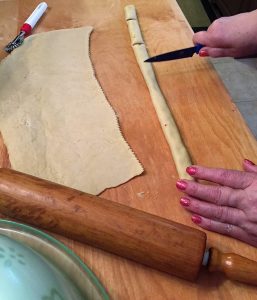 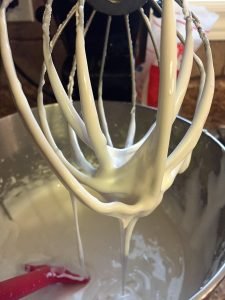 The difference is that these cookies are iced and then, traditionally sprinkled with coloured baking candies. 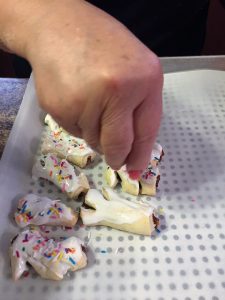 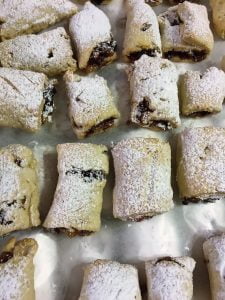 But, this is what they ended up looking like! So pretty and apparently, from all the comments I got from my followers when I posted the stories, very nostalgic!! 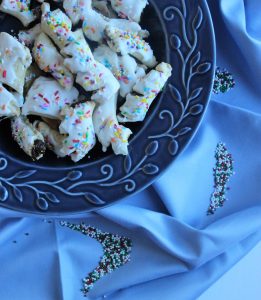 But, for as much as I love tradition, I know that many people who were looking forward to the recipe, may not have the patience to follow all of the steps I was given.

So, what I’ve done is simplified it a teeny bit and cut a few steps out, hoping that the end result was almost as good.

These are the cards that I was shown that had the recipe: 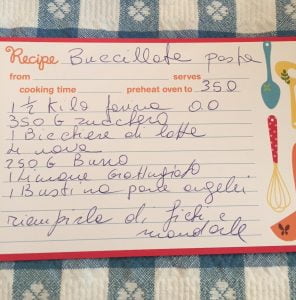 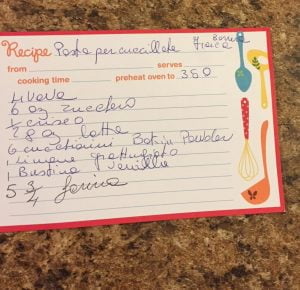 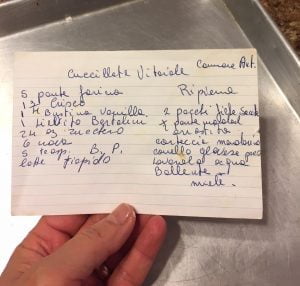 As you can see, even if you understand Italian, it’s a bit confusing.  The measures are different (and I remember her telling us it had something to do with whether or not you use shortening – which is traditional – or change it to butter) and some of the items are only available at Italian grocers.

So, I took what I remembered, did a bit of research and came up with this rendition.  Because of the ingredients in the filling (raisins, orange peel, rum, figs), I started with a good quality mincemeat and added some figs, orange zest and orange marmalade… 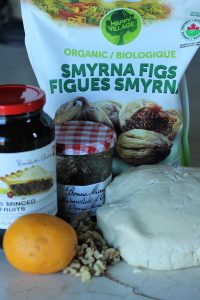 Then I chopped up some walnuts and mixed them in… 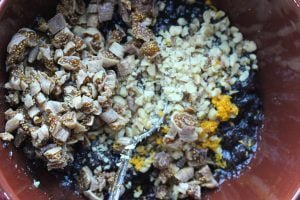 When I saw the consistency of the filling, I decided to puree it a bit more in a food processor because it seemed just a touch too chunky (but feel free to leave it alone if you like!) 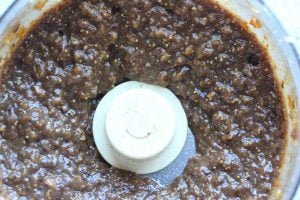 The pastry comes together really quickly (also in the food processor so less clean up!!) and then is rolled out… 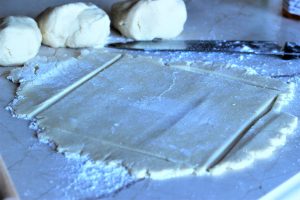 Made traditionally, I rolled out the dough and filled it just like I was taught. 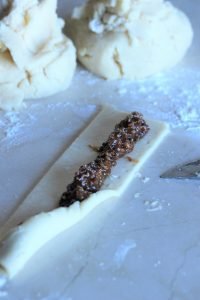 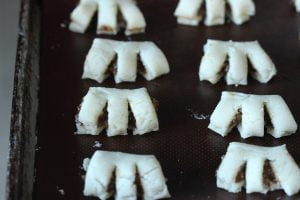 My friend Vince, who was actually the first one to introduce me to these cookies when he brought some over to me last year, makes them round.  I think, like most Italian delicacies, everyone has their own way of making these.  After a while, I found the round ones were a bit easier to make so that’s how I finished them off! 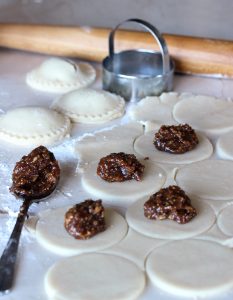 But, look at how cute the bear claws are…uggghhh…I just can’t decide which ones I like better! 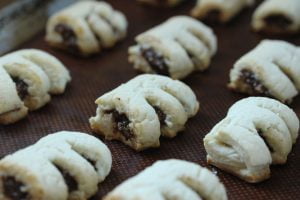 Honestly, though, I had a few of my Sicilian friends test them and they all really liked them (maybe they were just being nice, but I thought they were pretty yummy). The original recipe can take up to three days and this shortened version can be in the oven in under an hour.

I’m all for tradition, but when you can get all nostalgic in a 1/3 of the time, I’d call that a win-win!! 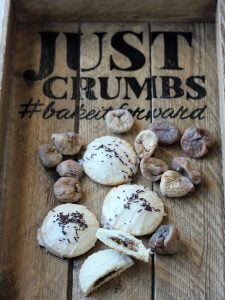 Are you excited for growing season? I am sooo exci

Are you too busy for your mama? If you need help

Do you ever run out of breakfast ideas? Something