Have you ever grappled with the idea of veganism?

I do all the time.

Of course I believe in ethical eating…but that is a whole other can of worms (which I know vegans can’t eat either;)).

The ethics of eating have always been a hard conversation.  I’ve been part of discussions where meat eaters have argued that it is possible to eat meat ethically as long as it is raised with ethics and morals in mind.  There is a great documentary on a fois gras farmer in Spain who hand raised geese and made sure that all of their meat/bones/feathers were used because he gave them a good life and in return they give their life to him.  He believes it is his duty to make sure nothing goes to waste.  But, people have argued that if we can survive without eating animals, we shouldn’t…others argue it’s a circle of life.

I usually don’t chime in because I hate confrontation, but also because I see both sides.

When I was in culinary school, I asked our professor what would happen if I was vegan and refused to butcher a pig, skin a quail or de-bone a rabbit (all part of passing the course)…he said “you don’t have to eat it, but you have to learn how to do it”.

Lots to mull over here, right??

My mom was a butcher so I grew up with animal carcasses hanging in my cellar all the time.  My dad raised rabbits, partridges and chicken for our food.  He never had issue with it because he said if we give them a good life, they always return the favour by feeding us. So, I grew up eating meat…of all kinds.

But, with veganism being the trend nowadays and with my constant curiosity in the kitchen and always wondering how to substitute things to make healthier choices, this trend really has me intrigued.

In 2015, before everyone was talking about it, I stumbled across a french chef who had mastered meringue without using eggs.  I started playing around with it and posted a recipe for aquafaba, which you can find here. 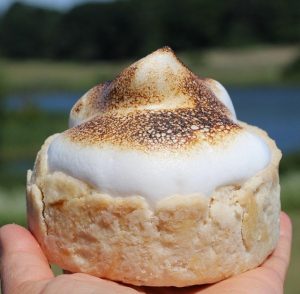 It made me realize what a great challenge it would be to incorporate this into my meals every so often! I even made vegan bacon out of carrots (the recipe is here!) 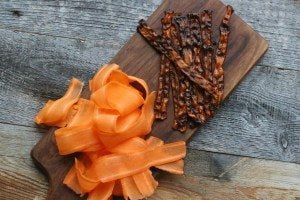 But now, I was going to try out one for the real die-hard vegans…vegan pulled pork!!

And it starts with this incredible fruit…jackfruit! 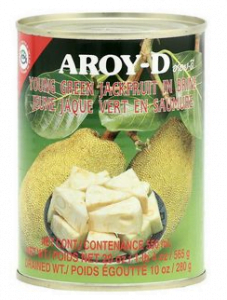 If you are making this recipe, it’s best to use the canned variety because it’s soft and shreds really easily!

I served it with pickled onions, hot peppers and tortillas (alongside real pulled pork for the carnivores) and it was a hit.

The next day I served some in half a roasted squash (so yummy!) … 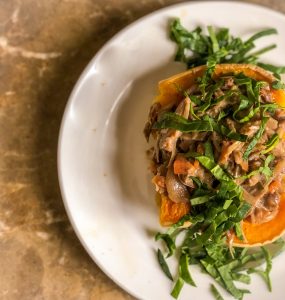 As well as on top of zucchini noodles…the possibilities are endless! 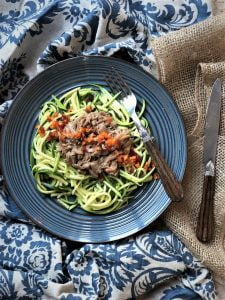 I was inspired by The Toasted Pine Nut to make this Thai inspired pulled pork.  I mainly used her flavour combinations but tried it in my instant pot.  She used a slow cooker (which takes 8 hours) but, in the instant pot, it took 7 minutes! If you cook it in the oven, I would say it would be done in a couple of hours (let the oven do the work!!).

If you want to try it later, pin the image below to your favourite Pinterest board…but don’t forget to try it!! 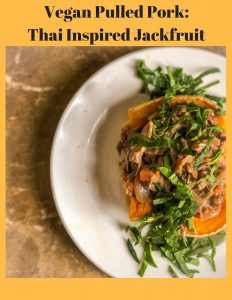 If you've never ventured into the vegan world, this is a good one to try!! It's so versatile!

And if you'd rather have the traditional flavours of pulled pork, sub the coconut milk and spices for good quality barbecue sauce!

Are you excited for growing season? I am sooo exci

Are you too busy for your mama? If you need help

Do you ever run out of breakfast ideas? Something