As most of you know, I’ve been trying to see if “theming” my weeks will help me keep my thoughts in order (aka: ‘keeping my squirrel brain at bay’) as I post throughout the week.

I’m not 100% sure that this is working (this past year has not helped my attention issues!).

That being said, this week I decided to theme my week “food and travel” and I revisited a press trip I was part of in 2018 (you can read the main post about the entire trip here)…it made me realize it’s been almost a year since most of us have travelled anywhere (my last ‘trip’ was a quick 3 day trip to Florida the first week of March 2020 to bring my in-laws back home).

I realized many of us probably won’t be travelling for some time, so I started thinking about travel within Canada – mainly where we can drive! And the first place that came to mind was Quebec! From Toronto, it’s almost an 8 hour drive (and for you folks that don’t live in Canada, this is a short geography lesson on how big our country really is…we have many time zones here and, fun fact, it takes 18 hours to drive from Toronto to the northern most tip of Ontario and 24 hours to drive across Ontario…it takes 20 hours to drive from Ontario to Florida – just to give you a comparison!).

I’ve never been to Quebec! And this is the year that this fun fact changes!

It’s a beautiful part of our country and I’m told it feels like you are in a small town in France.. 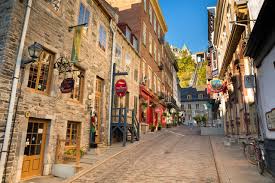 They have some of the best restaurants in the country there ( like Au Pied de Cochon) and many have begun to reinvent traditional foods and put the back on their menus…and, you guessed it, Pouding Chômeur is one of them.

The history of this dessert is pretty interesting. Legend has it that pouding chômeur (“unemployed-person pudding”) was created by female factory workers which used inexpensive staples they had on hand. This was during the Great Depression in 1929 when 1/3 of Canada’s labor force was unemployed and, in the French-speaking province of Québec, women had many mouths to feed and few ingredients to work with.

When I researched the history behind this pudding, I saw many variations. Some that began as a way of using stale bread (almost like a bread pudding), others that had a biscuit topping but required an overnight rest in the fridge, others used flour, baking powder, water, brown sugar and shortening or butter and still others remained true to their roots by using real maple syrup and real cream (which is expensive today but back in the day every household tapped their trees for syrup and most had a cow for their own dairy). After speaking with a family friend who hails from Quebec, I was told that there are so many stories about this desert and if you go to any local Sugar Shack in the spring they will each have their own version with their own story! 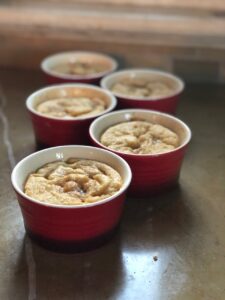 And if you’re wondering about our great Canadian maple syrup, here are more fun facts:

According to the Federation of Quebec Maple Syrup Producers,   Canada produces 80% of the world’s pure maple syrup, 91% of which is produced in Quebec. Canadian maple syrup is exported to approximately 50 countries, including the US, which is the primary importer. In fact, our American friends love our maple syrup so much that in 2007, Canada produced 67.6 million pounds of maple syrup yet exported 67.7 million pounds to the US using the reserve supply from previous years to support the growing export demand.

In the end, this dessert can be best described by saying if you crossed sticky toffee pudding with pancakes and maple syrup, you would get chomeur, a buttery cake submerged in a bath of maple syrupy liquid.

Using humble ingredients (most of which you will have in your pantry), you can have a tummy warming dessert in a hot minute! 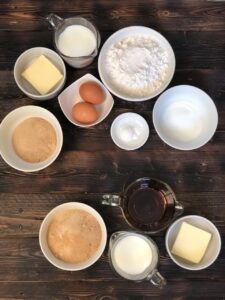 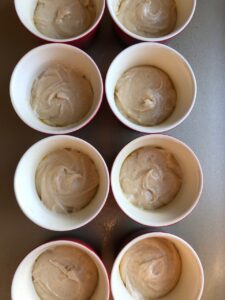 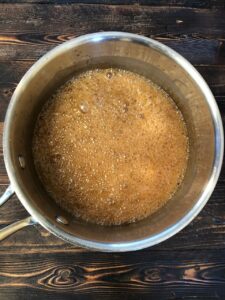 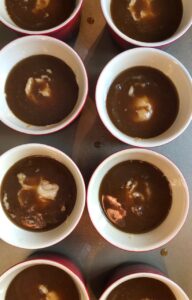 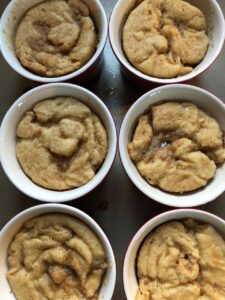 So now that you know, why not try your hand at this local desert?? You (and your dentist) will thank me later!!

A traditional Quebecois dessert that will have your sweet tooth satisfied and will have you coming back for more!

This recipe and blog post was made possible with information from the following sites: