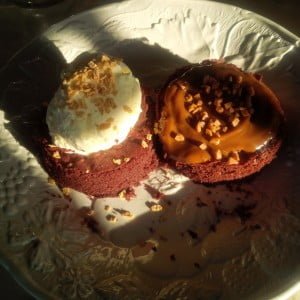 “Beets, beets, they’re good for your heart…the more you eat, the more you…”

But beets ARE a fantastic food, with claims to be one of the most powerful foods out there.  And, they are so versatile – you can boil them, roast them, juice them… and put them than in cake!

There has been plenty of controversy as to where the original “red” in red velvet cake came from, but apparently it wasn’t beets (as some sites will tell you).  Originally, cocoa powder had a natural chemical in it called anthocyanin which reacted to the buttermilk turning the cake red (but now, manufacturers neutralize the cocoa to make it less acidic, therefore taking away it’s ability to change the cake colour.  In 1959, the Waldorf Astoria began using food colouring (as much as 1/4 c per cake) to get the red colour back.  But, with all of the controversy over “red dye #2”, people began looking for a healthier version.  So, that’s how some of us began using beets.

For all of you out there that think beets taste like dirt, you have to try this cake.  It’s moist and chocolaty with the perfect “crumb”!  And this version can be made gluten free with this gluten free flour blend…check it out!

*this intensifies the chocolate taste.  If you don’t want to use coffee, just sub in water

**this is equal to about 2 beets, boiled and pureed.  If you don’t want to go through the bother of boiling, use a good quality canned beet (NOT  WITH VINEGAR). 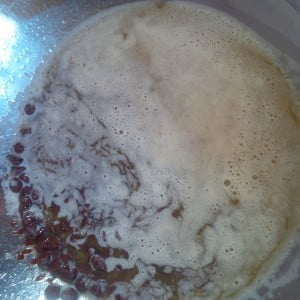 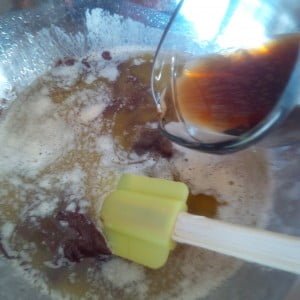 2.  Add the coffee and stir to incorporate the mixture until is is uniform… 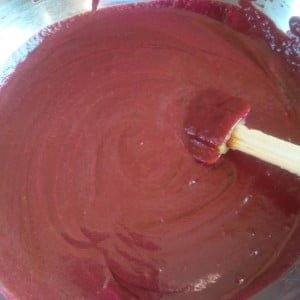 3.  Separate the eggs, putting the egg yolk in a blender and the egg whites in a mixing bowl with a whisk attachment. 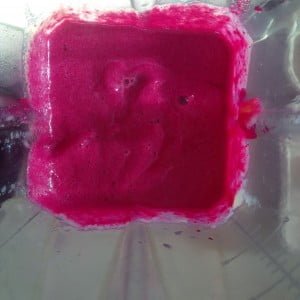 4.  With the egg yolks, add the beets and puree; they should look like this…beautiful!!! 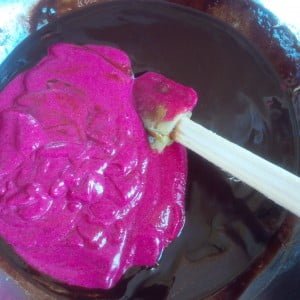 5.  Add the beet mixture to the chocolate mixture and combine well.  Beat the egg whites (that are in a separate mixing bowl) with the 3/4 c sugar until stiff. 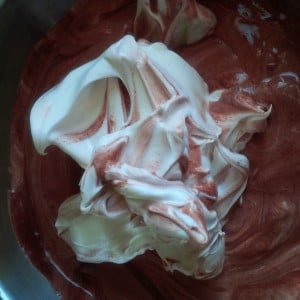 6.  Add half of the egg white to the chocolate beet mixture and mix (try to be a bit gentle; doing it in 2 additions allows you to lighten the batter and then incorporate the rest of the egg white and keep it inflated). 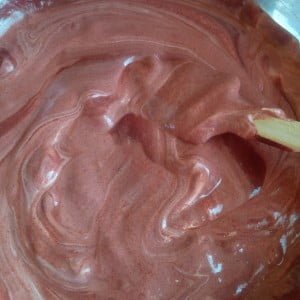 7.  Add the last half of the egg white and gently fold it in (that means, using a spatula, use a scooping motion to lift up the batter and continue until it looks light and fluffy like this). 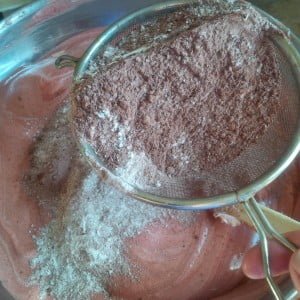 8.  Mix the dry ingredients (gluten free flour blend, baking powder and cocoa) and sift it into the wet mixture. 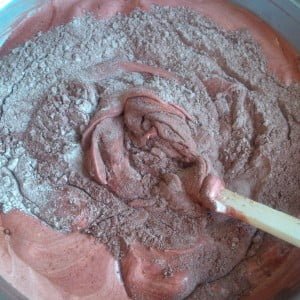 9.  Again, gently fold in the dry mix until combined. 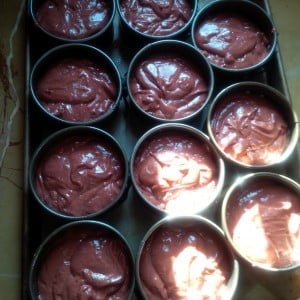 10.  Pour into prepared pans (either 2 cake pans, large muffin tins or these mini spring form pans); bake at 350 for about 20-30 minutes (test it for “doneness” to make sure it is firm in the middle). 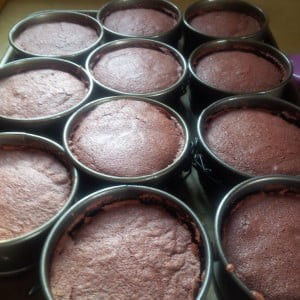 …they should look like this when they are done.  Then the fun is in the serving… 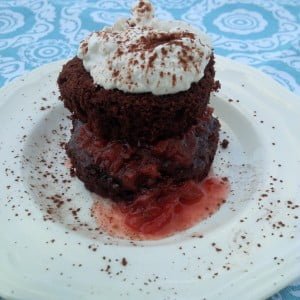 ….if you are dairy intolerant, split one of the cakes, spread the middle with some fruit preserves (I used homemade strawberry rhubarb preserves from my friend Jenn!) and top with a whipped coconut cream (put a can of coconut milk in the fridge overnight, pour off the liquid and beat until it resembles whipping cream – will stay stable as long as it is refrigerated) 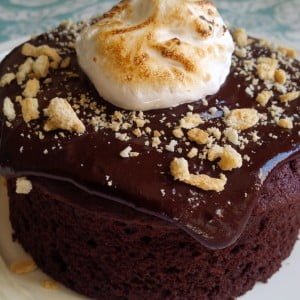 …or if you’re feeling like a s’more, pour some chocolate ganache (equal parts chocolate chips and heavy cream heated and stirred together) on the top, top with some marshmallow cream, toast the top with a handheld torch and sprinkle with crushed graham crackers. 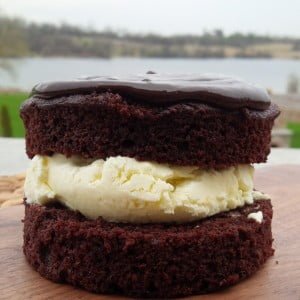 …or if you’re having a bbq, split the cakes in half, sandwich with a scoop of vanilla ice cream and top with chocolate ganache 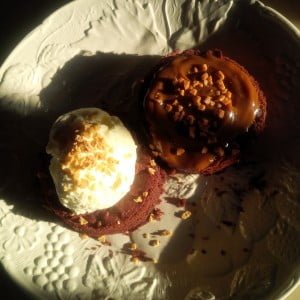 …or serve 2 muffins in a duo – one with store bought caramel sauce or dulche de leche and Skor pieces and the other with vanilla ice cream and maple flakes.

This recipe is versatile, pretty easy and sorta healthy…