“Leave the gun…take the cannoli”…

The infamous scene in the Godfather is always on repeat in my brain when I’m making or eating cannoli.  And, my second thought is “why would they not want to take the cannoli? I mean, come on!” 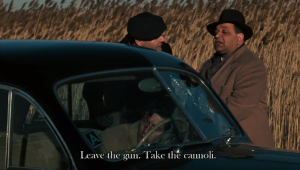 I have had my fair share of cannoli over the years.  My sister-in-law’s mother-in-law was Sicilian and made the best Sicilian cannoli.  They are crunchy shells filled with a rich ricotta and often had chopped dark chocolate …which I love.  But, I also love the flaky, cream filled cannoli too!  These ones (below) are much different than the Sicilian version. 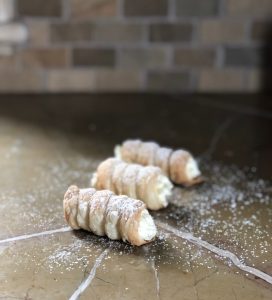 You can see the Sicilian version (I made the ones below for a photo shoot) are very different! 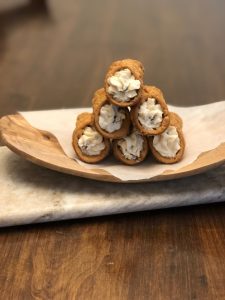 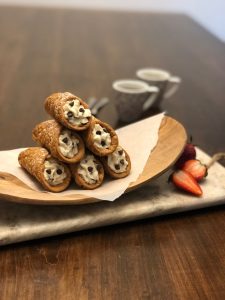 But the Sicilain version is more difficult because getting the pastry right isn’t easy and they need to be fried.  Even my SIL’s MIL ended up sourcing some really good shells because she was tired of all the mess it made!

If you get them in restaurants, like the ones below, they are usually the Sicilian version. 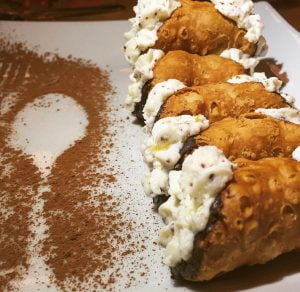 But mine are simple because they use store bought puff pastry and a cream that is super easy (2-ingredient super easy!).  Simply roll out the puff pastry a smidge and cut into strips… 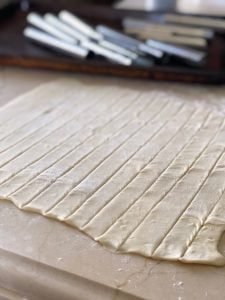 Then you roll them around cannoli tubes and bake them off (NOTE: if you don’t have cannoli tubes, the easiest thing to do is to wrap sugar cones – like for ice cream – with tin foil, spray them with cooking spray and wrap the pastry around that). 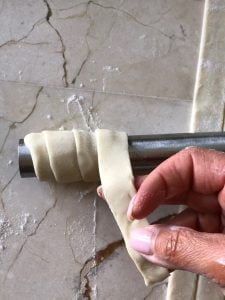 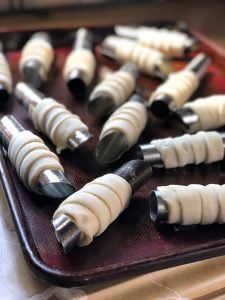 Once they’re baked,you pull them gently off the tubes, pipe in the cream filling, dust with icing sugar and you have a dessert that is so bakery worthy, you will even pat yourself on the back. 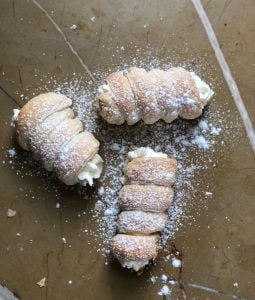 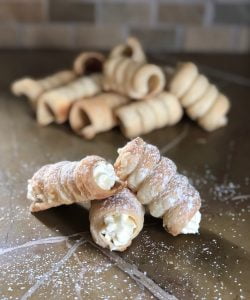 And if you want to change up the filling, try any of these: 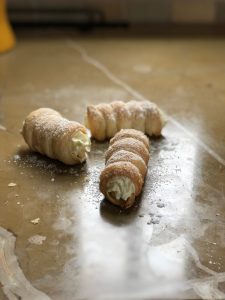 So many ways you can make these your own.  I even put all the broken bits in a bowl and served them as dippers with leftover filling…’cause, you know, broken bits have not calories! 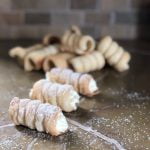 These are flaky and light with a filling that resembles pastry cream! You can add Nutella to flavour it or use lemon flavoured pudding to change it up a bit!

WANNA KNOW SOMETHING?? . This week was sauce week