2020 In Review: What the Heck Was That Anyways? 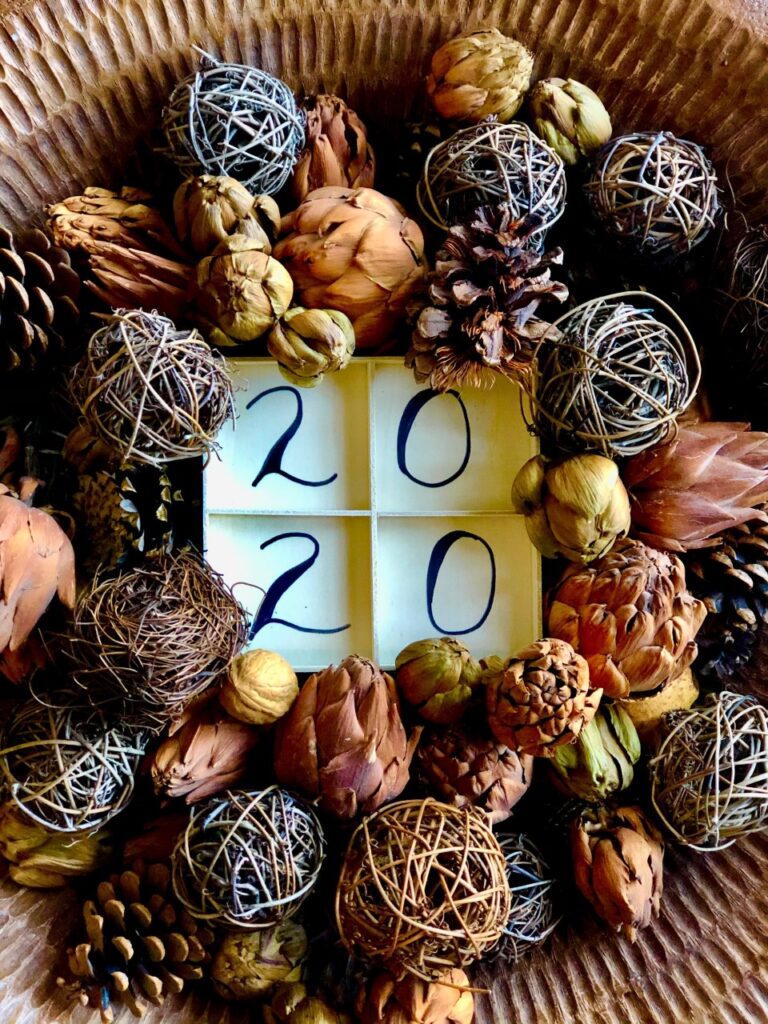 We are all going to walk in reallllll slow…

I’ve been trying to write a post to start off this new year – but I had nothing.

I still kinda have nothing.

But when I saw this meme on Pinterest, it made me laugh.

And that was a start.

How Have Y’all Been?

It’s been a year, amiright?

I mean we all know it’s been a year unlike anything any of us have ever experienced.

It began like any other year…cold, wintery, a glimmer of hope as we entered into a new decade and just a few small world issues (like a teeny, “I’m sure it’s nothing” virus in China). People were curious about what was happening on the other side of the planet, but like humans always do, we said “awww, I feel so bad for those people on the other side of the planet” and then kept on living our lives. We were travelling, and socializing and keeping busy at work and hugging everyone we could.

And then it was March 13th…my birthday…when the whole world turned on it’s head.

Things were shut down, people were scared, everyone thought we were living on the set of “Contagion”. We were all forced to stay in our homes, go out only for groceries (only to have to bleach every one of those groceries that came into our homes), sanitize our hands until they were raw, change our clothes whenever we got back home, not even look at people who had just returned from their vacations (because, did you ever think we might catch it through gaze contact?).

We were not living our best lives. Not even close.

But we continued trying to fight this “thing” and we were good. We followed the rules because we were scared. But we also were looking forward to April when this would all be over.

But then April came.

And then May came.

…that baking bread was going to fix everything.

Bread to the Rescue 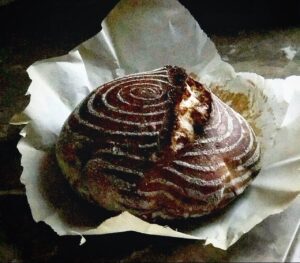 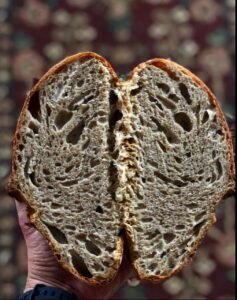 We bought all the flour and yeast until there was none to be found on any grocery store shelf (maybe because we thought it was fun to have to hunt down toilet paper and we missed that feeling). We made sourdough starter and lovingly nursed it like a newborn baby. We came together as a nation/world to bake bread together and, I believe, it filled our hearts because we thought baking bread would mean we could also “break” bread…sharing it at a table with those who we have been missing throughout this pandemic.

But it didn’t happen.

We listened (most of us).

And then, to add insult to injury, the brewing unrest was starting to bubble over…

There were signs that began in the beginning of the year that things weren’t all rainbows and unicorns.

Just in the month of January, we saw looming talks of the possible impeachment of POTUS, travel bans were silently being put in place around the world because of what was happening in Wuhan, there was sadness in the sports world when Kobe Bryant was killed in an accident and there was anger when a Ukraine Airlines aircraft cashed and killed all 176 passengers aboard (many of whom were Canadian).

Then, just when we thought it couldn’t get any worse, the racial divide began.

There were protests and riots; there were black squares and burning buildings.

There was so much anger.

But most of all, there was so much sadness.

What Happens When a World is Already Sad

All of these moments occurred  before the second half of 2020 even began.

In a year that seemed to be a decade long, there were things that happened – that would have and have happened in previous years – that just made us say, ” I have had enough”.

Hurricanes and forest fires and the (still) fear of global warming.

Each one of these scenarios, on their own, would make any human unravel but when they all come together within such a small timeframe, it becomes too much.

And with that sadness came loss…

Loss in a belief that all should be right in the world.

But, often, what comes with loss is a glimmer of hope. A feeling of “if we all band together, we can make change”.

Most of us rode the covidcoaster of emotion for the entire year. When we were down, we felt hopeless, but when we emerged from the rubble, we felt empowered and grateful for what we had. Many of us came to the aid of friends and cohorts to tell them “you are not alone…this too shall pass…together, we will come out of this”. 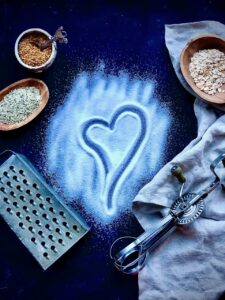 To come full circle, looking back on 2020, it sometimes felt as though food was at the epicentre of the healing. What nurtures us daily and fills our bodies with nutrients was what helped many of us remember that all is not lost. When we were all forced to stay home, many found a renewed interest in cooking and baking…and many people finally realized that it’s not that hard to make a sandwich.

The one place that we could (semi-comfortably) go was the grocery store. Those who weren’t used to cooking their own food were now becoming creative with their food choices and learning new skills. And for those of us who weren’t new to this game,  we rolled up our sleeves and started either teaching those who needed help or feeding those who just couldn’t do it (I’m pretty sure “porch delivery” will be a new term for Webster in 2020). And through giving ,we all began to feel a better balance. Even those who never thought they would be proud to drop off a homemade banana bread to a neighbour felt empowered and more useful than they had in a very long time. As I said in my cookbook, altruism, the simple act of doing something for others in need, is at the core of who we are as a race. And we showed the Universe that we could do “altruism” well.

So through the all the turmoil that 2020 brought, I’m hoping that we collectively grew.

That we saw what our “hurriedness” was doing to our planet – and how it miraculously started to heal when we stopped doing everything at full speed.

That we finally realized the things we didn’t need.

That we will now honour the people we hold closest to our hearts more than ever (and we will never take them for granted again).

And that we now really understand the meaning of “this too shall pass”.

And until then, I will hold tight to all the hugs that I haven’t given in over 300 days.

And when I can, look out world, ’cause I’m comin’ for you! 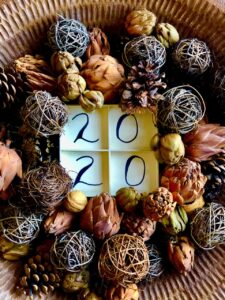 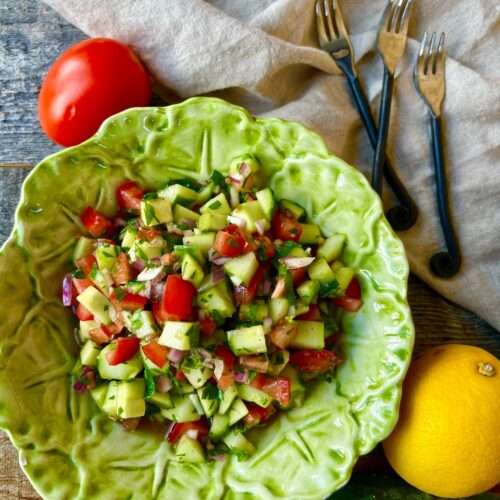 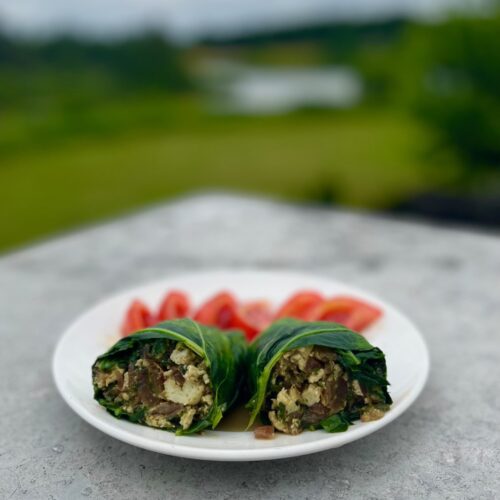 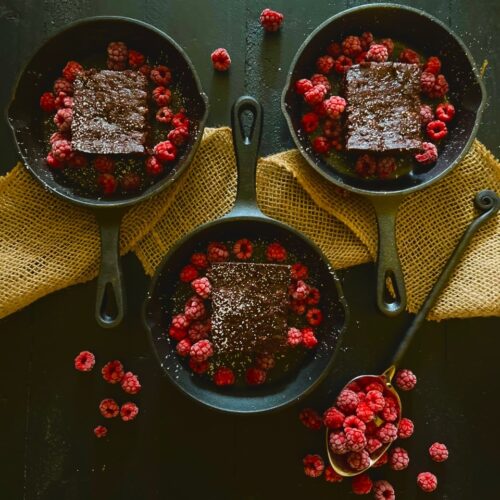