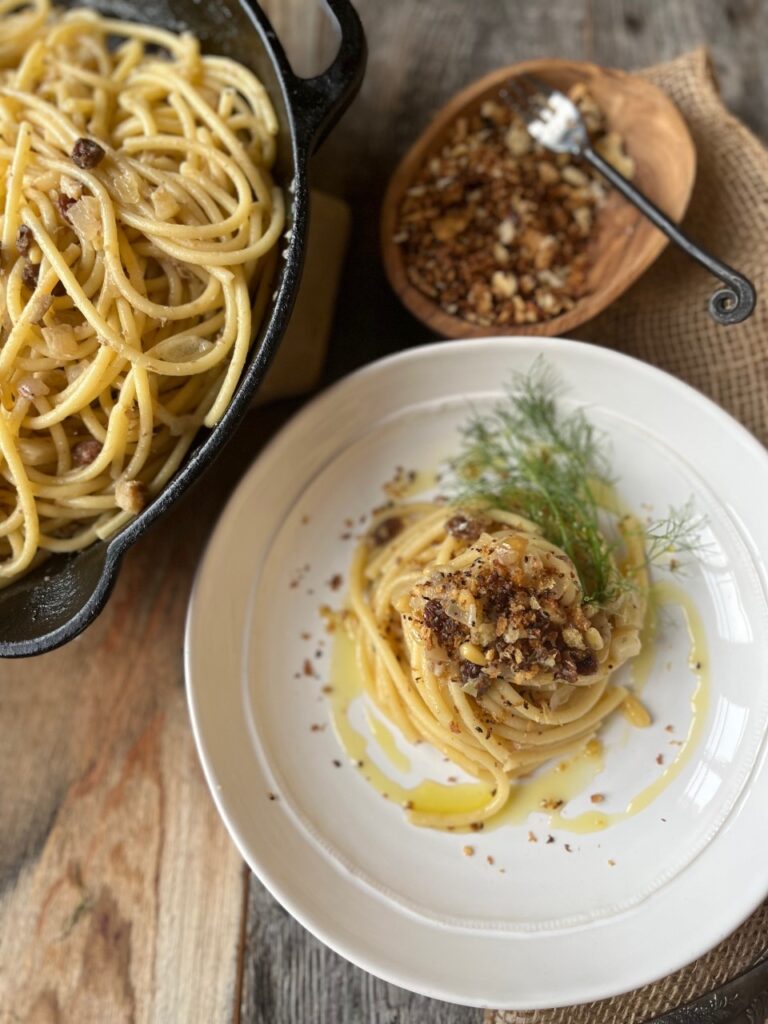 A few weeks ago, I wrote a post about Palermo (you can find that post right here). But, while I was in Sicily, I learned so much that I realized I couldn’t possibly fit everything into one post, so today I’ve decided to talk about stunning Western Sicily and the 1 Reason you Need to Make Pasta Sarde (we’ll get to pasta sarde a bit later).

I guess I should start with why I’m splitting my posts into a few areas (along with a traditional recipe in each one).

Now let’s talk about what I loved about western Sicily. When my husband and I decided to travel to Sicily, many people who found out we were spending 2 weeks in Sicily said, “well, if you get bored, you can always hop on over to Calabria or Puglia”. I get it. At first glance, Sicily seems like a manageable size but it is the largest island in the Mediterranean and the total coastal length is almost 1500km. That’s a lot to see in a few days. My first post focused on Palermo because I wanted to give you a feeling of what to expect when you land in Sicily (as most people come into Sicily through either Palermo or Catania).

What I Love about Western Sicily:

Stunning Western Sicily and the 1 Reason you Need to Make Pasta Sarde:

If you aren’t running to your computer yet to book a trip to Sicily, let me give you a few more reasons to do so! Or maybe you just need one reason – PASTA!!

Here are a few of the pasta dishes we had..

What Ingredients are Found in Many Sicilian Pastas:

I found that the dishes served in Sicily were so diverse and you could definitely feel the influence of the Greeks, Arabs, Normans and Spanish. And I also noticed a huge difference in the dishes you found at most restaurants. What you would typically think you’d find in Italian restaurants were not always available. It was very fish-heavy (not surprising, considering you are surrounded by water), it tended to be lighter fare (compared to the north… you can see that in this post on Piedmonte) and full of vegetables (which, another surprise to many travellers, it seems is not always easy to find in many Italian restaurants).

So let’s get to the recipe at hand…pasta con sarde!

We ate this multiple times while we were in Sicily and it was always very different. The points you need to take into consideration are:

This dish comes together pretty quickly…like most pasta dishes that are traditionally Italian! A few ingredients – most that you can easily have in your pantry!

What About the Raisins and Anchovies?

Some of you might be a bit hesitant about the raisins (I, for one, was totally hesitant when I was in Italy and they kept showing up on menus!) while others may be hesitant about the anchovies. But trust me when I say that the raisins bring in the hint of sweetness that you need to balance this dish and the anchovies literally melt away and bring in just the right amount of saltiness!

So, now that you’ve gotten to the end of this dish and you’re still wondering, “what’s the 1 reason you need to try pasta con sarde”?? Well, you need to try it for the simple reason that, in my opinion (and almost every Sicilian), it is the most perfectly balance pasta dish. What may seem like an unusual flavour combination turns out to be a flavour explosion in your mouth!! 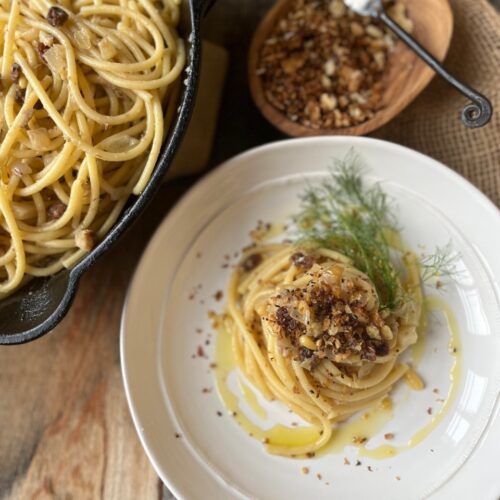 This pasta dish is a staple in Sicily. Made many different ways, this was the one way I thought was most traditional!
Print Recipe Pin Recipe
Prep Time 40 mins
Cook Time 20 mins
Course Main Course
Cuisine Italian
Servings 4

For the bread crumb topping: 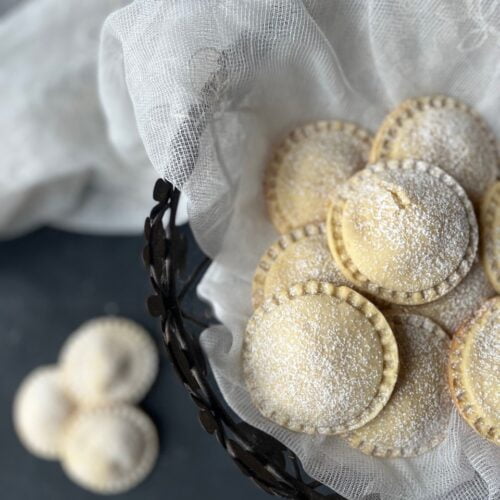 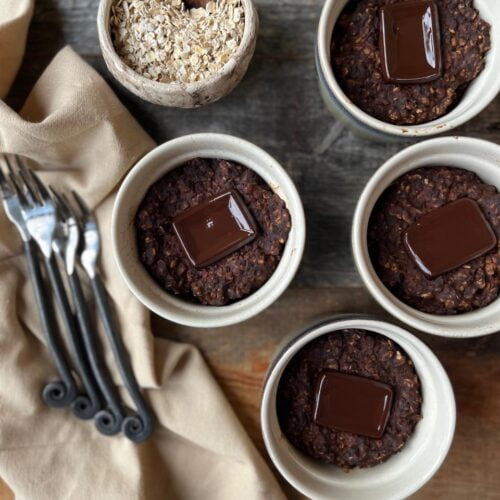