So, can we talk about slow cookers here?

If you love them, then you probably really love them (I know people who use them weekly).

But, if you don’t love them, well, you’ll probably refuse to even try one, because you will assume that they are only good for stew.

And how much stew can one person eat…really?

But, believe it or not, a slow cooker can do so much more.  I, too, was a “non-believer” until I realized how versatile it can be (like when I made this slow cooker dulce de leche…game changer!!).

For Today’s Teach Me Tuesday, I picked up a Better Homes and Garden Slower Cooker magazine (probably because the picture of pecan pie on the cover intrigued me!!). 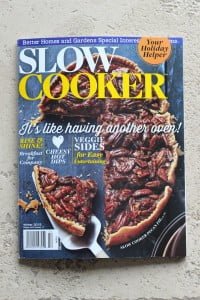 When I flipped through the pages, I immediately stopped at the stunning slow cooker cinnamon buns…really?? 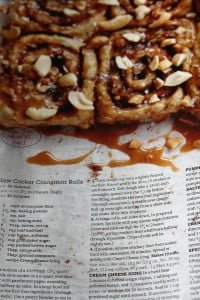 So, home I went, with the magazine in hand.  I dusted off my slow cooker and got down to business! 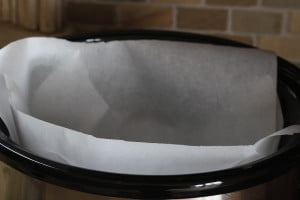 The first thing you need to do is line your slow cooker with some parchment (push it into the bottom and up the sides). 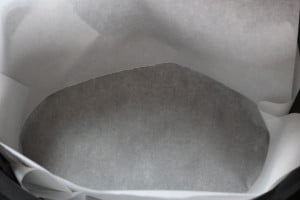 Then, cut a thick strip and put it around the edge like this… 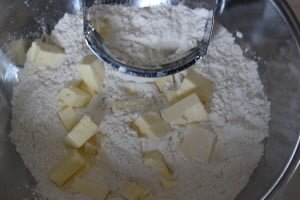 Mix up the flour, baking powder and soda as well as the salt and then cut in the butter with a pastry blender. 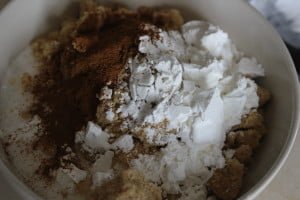 This is what gets showered into the butter slathered dough. 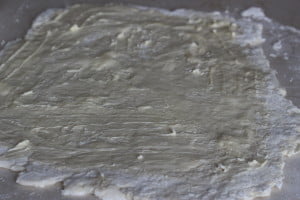 Aaaand, this is the butter slathered dough 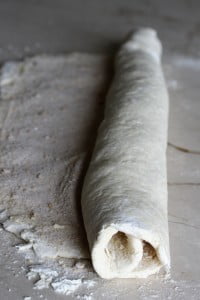 Roll it up and… 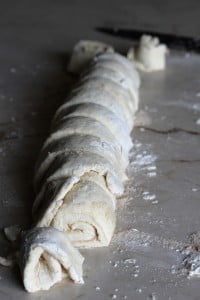 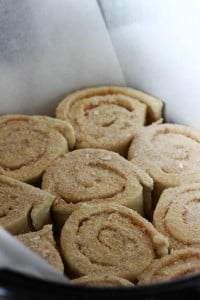 Put the slices into the prepared crock pot. 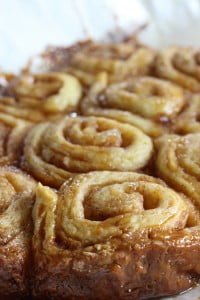 and wait for the house to smell amazing!!

If you are topping your buns with cream cheese icing, then use this super easy recipe!

If you are a lover of fluffy, “Cinabon” type buns, you will be disappointed (these have a biscuit like texture).  My opinion?  Not my fav but maybe that’s because I want the fluffiness that is reminiscent of real cinnamon buns.

I tested a traditional “fluffy” recipe (you can find the recipe for Big Batch Maple Coffee Glazed Cinnamon Buns here); I tried it in the slow cooker but it wasn’t as good as it was when baked traditionally.